You know that saying “laughter is the best medicine”? Something that my brother said recently got me thinking about it.

He managed to dislocate his shoulder (in an odd “this never happens” kind of way) while skiing on December 31st. Instead of ringing in the New Year at home with his wife and children, he spent it in the ER at Lion’s Gate Hospital waiting for surgical consults and CT scan results. My sister-in-law posted this photo on Instagram which kind of sums up how we Campbell kids deal with pain and adversity.

So that perfect day skiing ended with a possible torn rotator cuff not the dislocated shoulder we thought we were dealing with. This is what happens when big people go on Little people trails. Huge shout out to @cypressmtn ski patrol @bcparamedics & Lions Gate staff! Professional with a great sense of humour.

You see, this is not our first brush with injuries and surgeries. When I was 14 my parents and I were in a head on crash with a semi. We lost. I was the only survivor and spent the next three months in hospitals. It was a horrible time full of sadness beyond measure, yet my memories of it are not dark like you’d perhaps expect. My sister-in-law talked about how the ski patrol and ambulance paramedics commented on how funny my brother was being. I understand there was a fair bit of laughing gas involved, but even so, his typically jolly personality prevailed even when he was in obvious pain.

Which leads me to my point. Life is what you make of it. Sounds cliche, but make that lemonade and make it sweet!

I tried to visit my brother yesterday with my two youngest daughters but unfortunately for us, he’d been rolled down to the OR about 30 minutes before we got there. We waited around for a couple hours but with no ETA available, we had to head home empty handed. Texting with him later, he was in a philosophical mood and referenced his room mates and their different attitudes towards their injuries. One was a 75 year old woman who’d been there over a week recovering from hip surgery. That day she had walked for the first time since the surgery and despite also suffering from MS for decades, continued to be optimistic and positive throughout. In contrast was the older gentleman kitty corner to him, who had fallen and broken his hip. He was extremely depressed about his future and nothing any of his care givers or family said cheered him up.

Makes you think, no?

Made me think! I was placed in the Spinal Cord injury ward after the accident, and at 14 was their youngest patient. I remember another young lady of 19 who had fallen out of an upper storey window and was paralyzed from the neck down. She tended to be depressed and gave her carers a hard time. At the same time there was a young man who would visit us from the rehab hospital next door. He’d had surgery to correct his scoliosis and had been in pain basically all his life, but was the ward clown! Always laughing and cracking jokes. Me? I was stubborn. I refused to accept the doctors diagnosis which involved a future with braces, canes and possibly a wheel chair. I did everything I could to make the best out of my horrible situation and surpass all their expectations. When I paid them a visit on the day I was finally going home, walking under my own steam, smiling at their shocked faces, I knew that whatever life threw at me from that day on, I had to face it with a smile.

Not to say every day since has been sunshine and roses. But I think the last 30 years have been pretty amazing. Take a look at what I’ve done!

I made three human beings people! I did a ton of other stuff too, but seriously, three complete humans grew inside of me and got pushed out into the world all red and screaming! Amazing, right?!

There was a time the doctors weren’t sure if I would be able to have children. You see, the accident occurred before the time of three-point style seat belts in the back seats of cars. So, typical teen that I was, I’d strapped myself in to comply with the letter of the law, then stretched myself across the back seat to read in relative comfort. When we hit the semi, that lap belt almost cut me in two. Massive internal damage! So much so that they pretty much just fixed what they could see as obviously broken. Ruptured spleen. Collapsed lung (and a half). And a lacerated liver and intestines. To say I was a mess is a total understatement! It’s not hard to imagine that damage to a barely mature uterus and/or ovaries could potentially go unnoticed. But somehow, miraculously, they were fine. Fine enough to house and birth without issue my three beautiful (albeit GIANT – my smallest baby was 8lbs 14oz) daughters.

So why am I telling you all this today?

It’s the old “is the glass half full or half empty” debate. I will give you a different answer to that question depending on the day and what’s happening in it. But I think I am generally a positive person. My mother-in-law once questioned where my youngest daughter got her overly sunny personality, and I did a double take.  What did she mean? She takes after me? Wasn’t that obvious? The fact that she was asking seemed to indicate that it wasn’t. And I realized that I’d actually been unhappy for awhile and clearly not hiding it as well as I thought!

Attitude people. It’s huge!! And mine has needed adjusting for some time.

The start of a new year is typically when we make all sorts of outlandish resolutions. I stopped that farce a long time ago. Instead, I try to choose one word that can guide my intentions for the year. This year I have chosen BALANCE. Work/life balance. Family and friends balance. Social and solitude balance. Physical balance. Metaphysical balance. Spiritual balance.

Seeking balance in my life is really about returning to that positive attitude I used to have. It will take work though. I have chosen a word every year (except for last year – not sure what happened last year) since 2010 and I create a visual reminder that I display in my office. This touchstone helps keep my January intentions front and centre all year long. I’m still working on expressing my word creatively but once I do, you can be sure I’ll share it with you.

What about you? Do you make resolutions? Do you choose a word to focus on instead? Please share your word in the comments. I am always so inspired by the words others choose and why!

Until next time, namaste!

Stay in touch – get my emails. 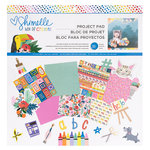